‘The most transformed landscape in the world’?
Longtime Dakotas ecologist talks effects of farms, dams and warming

Provided / Yale University Press In many places, the Missouri Coteau and Prairie Coteau regions are too hilly and rocky for farming, allowing some of the mixed grass and tall grass prairie of the area to be spared. 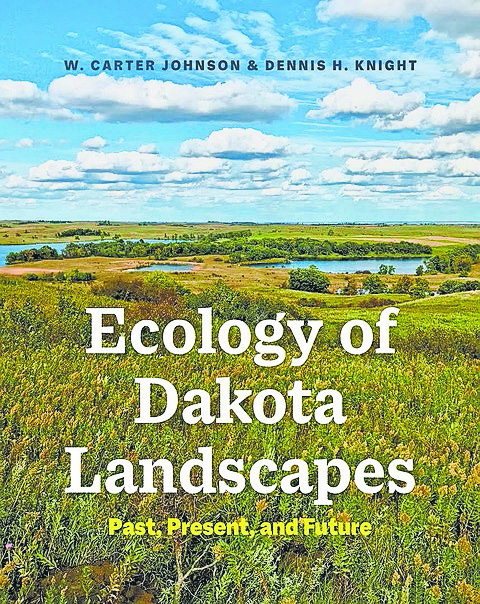 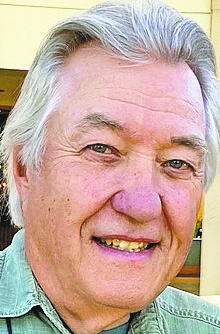 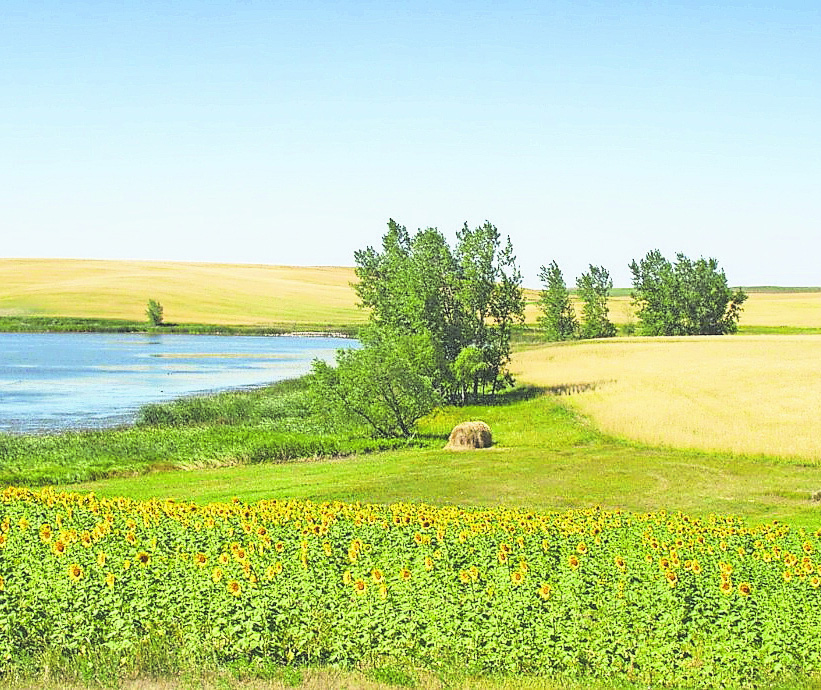 Provided / Yale University Press The landscapes of about two-thirds of North Dakota and half of South Dakota were formed by migrating glaciers, creating a region that is highly coveted for farming. 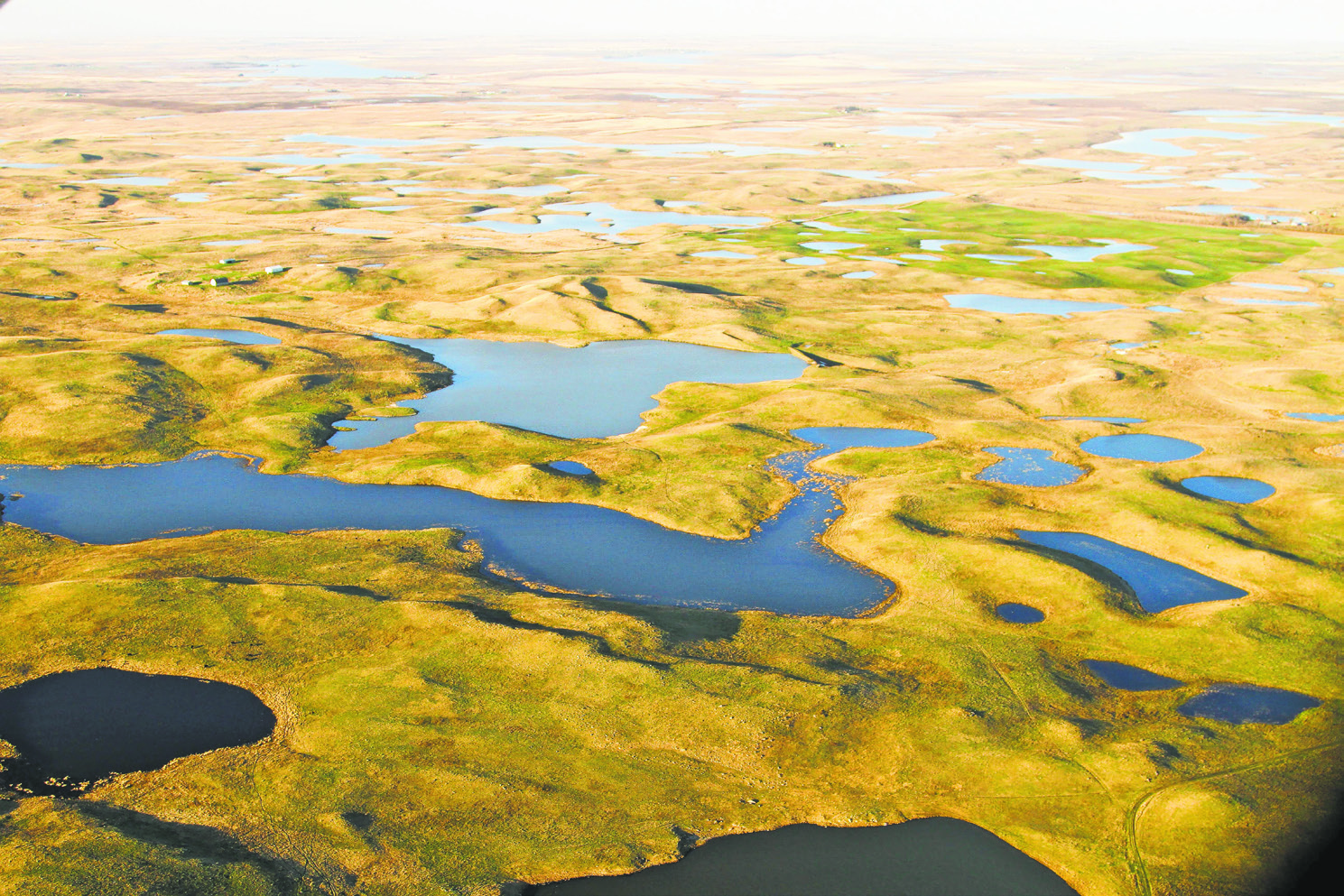 Photo special to The Forum Grassland and wetland terrain in the Missouri Coteau, part of the Prairie Pothole Region in North Dakota.
PREVIOUS IMAGE

By Adam Willis - The Forum

Millions of years ago, the area now comprising North Dakota and South Dakota was covered by an inland sea. Later, huge, migrating glaciers carved the fertile flat lands that characterize much of the region today.

A new book by two longtime scientists of the Dakotas surveys the region’s evolution from those prehistoric times to the present day, when farming and human-driven climate change have become the catalysts of a changing landscape.

“Ecology of Dakota Landscapes: Past, Present and Future,” surveys that expansive regional history. One of its co-authors, South Dakota State University professor emeritus W. Carter Johnson, began studying the ecology of the Dakotas more than a half-century ago.

Johnson’s research has ranged from the effects of dams for the Missouri River’s cottonwood trees — work started when he was a doctoral student at North Dakota State University — to farming’s consequences for native grasslands, to the warming planet’s ripple effects for the wetlands of the central and eastern Dakotas.

Johnson spoke with The Forum about his new book and the issues he sees as most urgent for the natural world of the Dakotas. This interview has been edited for length and clarity.

You write in the book that if Lewis and Clark were to see the Missouri today, they would “scarcely recognize the river that they wrote about 220 years ago.” What’s changed?

Almost all those things that were the reasons why we (built the dams) have disappeared. And it makes you look a little silly now when you look back on it. Because we don’t know what we’re gonna do with that river — with those dams — when we have to get rid of them.

Is it fair to say that you think damming the Missouri was a mistake?

Oh, no question. I would have had no dams. And just tried to figure out how to make things better with other means. And if you have to have dams, and you need the hydro (power) for getting farms some electricity, then do it on a small scale. But you know, hindsight’s always 20/20, right? What do you see as the biggest issues facing the natural world in the Dakotas right now?

I think it’s the tall grass prairie in the eastern part of the Dakotas where the impact is the greatest.

There’s more than just grassland there, of course. There are wetlands, as well. There were several million wetlands, probably still a million left. But there were many millions of wetlands in the region in the past, and we’ve lost about half of them to drainage. The other half are still hanging in there, but that’s a pretty big loss.

How much of the tall grass prairie remains?

There’s no exact number, as I define it.

If you’re looking for purely examples of the tall grass prairie, we’re down probably in the one or two or 3% range.

If you were looking to do a real restoration where you get everything back, you would be very frustrated because you can’t even buy all the seed you need, let alone getting all those plants to grow and to stay over long periods of time. So it’s a pretty difficult position to be in right now. And we’re trying — my organization — to go out and collect seed from some of these remnants that are left.

Because once they’re plowed up — and they are still being plowed up — then they’re gone forever.

Some of us are trying to turn it around a little bit. But when we have these high grain prices, like now, and the same thing happened in 2011 — some of what’s left of the grassland was converted over to cropland because of the value. The ability to make money on that was too tempting not to do it. So we’re still losing it.

Why should people care about the loss of native prairie?

The prairie has been here for 10,000 years, maybe 9,000, in its current form. It’s been chugging along, taking care of itself. If you remove it, then you’re removing whatever it was providing.

Number one, I suppose, is biodiversity. If you add up all the microorganisms and the insects and the birds, I mean, it’s a huge number.

I think about this often. My relatives came here and made a good living off of farming, and they actually converted from farming over to ranching, which was my stimulus to do the same kind of thinking as well. The idea that you convert an acre of prairie to an acre of corn, or any monotypic grain, is sort of astounding. If you walk through a cornfield, it’s all you see.

A lot of people have never been to a real prairie. That’s the other thing to know: What are we losing here?

“It’s just a bunch of grass out there. It looks sort of weedy to me. It’s all weeds out there.” Well, go to the original ones that were maintained by nature and now maintained by man, like the Nature Conservancy, and you’ll be quite surprised what’s going on in soils and so on. So I would say biodiversity is the number one thing that’s being lost.

There’s a line in the book where you call the planting of shelterbelts “one of the most dramatic changes” to the landscape of the Great Plains in the last century. I’m not sure that would have occurred to me, that these rows of trees planted on farms could have such a consequential effect for the land.

I don’t remember who said it, but it was some statement made by a person of authority, that the Dakotas are really the most transformed landscape in the world.

Now, that’s a pretty extreme statement. But once you start looking at it, maybe they’re not so far off. Because we’ve lost almost all the tall grass prairie.

Now, they’re still pretty good and they’re very cool and they’re very nice, as some of the prairie areas are, and as some parts of the Missouri are. So there’s still some little spots out there (where) we can get some sense of what this looked like on the bigger scale, but we’re left with little examples of what it was. And the question is whether we’re going to lose those examples, too, or are we going to be able to expand them while we still have the animals and the plants to recolonize them? You acknowledge in the book that some of the impacts of climate change for the Dakotas don’t look so bad, but you ultimately conclude that its effects for the region are going to be more damaging than benign. Why? (Climate change is) having an impact now even though it’s not super consequential.

Nobody’s going out of business right now because of it or the farmers aren’t stopping the farm. But it could be in 50 more years, the way things look.

I’ve done this wetland climate change work for 25 years now. We ran our models, and I couldn’t believe — wetlands are not wetlands in the year 2080. We found that they don’t last long.

They dry up pretty quickly.

Does that include the Prairie Pothole region of the Dakotas?

That is the Prairie Pothole region. We’ve done 25 years of simulations, and our simulations suggest pretty serious problems with climate change and wetland dynamics.

What do you think needs to happen to more sustainably work the land in the Dakotas in the coming years?

The big problem is how to organize it.

We sort of know what to do, but how do we get it to happen?

Does government have to come in, riding on the white horse, and take care of it? Maybe it does. But maybe there’s some other venue that would work better, especially for people who are sensitive about too much government.

A lot of farmers tend to be that way.

So I don’t know what the answer is, but I think we need to do something big.

Ecology of Dakota Landscapes, by W. Carter Johnson and Dennis H. Knight, is available in e-book now and will be released in hard copy this summer.