A Republican runs as a Democrat 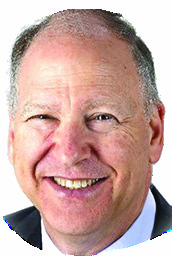 
Attention, Minnesota voters. I have a quick question for you. Who are the two Democratic Party candidates running for Congress from the state’s 7th District in next month’s primary? That’s what I thought. You don’t know.

Well, you should know. That’s because one of them is really a Republican. I wouldn’t make that up.

Abahsain also told me she “loathed” the way Donald Trump behaved as president.

The other candidate is Alycia Gruenhagen, who doesn’t exactly push the Democratic Party agenda. On her candidate Facebook page she proudly claims, “I am a freedom loving, patriotic, pro-life, pro 2nd Amendment conservative Democrat from the heart of Minnesota’s 7th District.”

Well, then you should know that her father is Republican Minnesota State Rep. Glenn Gruenhagen.

Still not convinced? Then you should take a look at a picture she posted on Instagram where she’s wearing leggings that say, “Make America Great Again.”

Nobody looking at that picture will confuse her with Nancy Pelosi.

This isn’t even Gruenhagen’s first time on the Democratic primary ballot. Two years ago, she ran and lost against longtime incumbent Collin Peterson.

“It is very suspicious,” Cronin told me. “I wonder what she’s up to.”

It is baffling. The incumbent member of Congress from the 7th District is Republican and Donald Trump bootlicker Michelle Fischbach. She is heavily favored to win re-election. So, what’s the point of a Republican such as Gruenhagen, hoping to run against the Republican Fischbach in a general election? I tried to talk to Gruenhagen. I left phone messages for her, but she did not return my calls.

This race has been very low profile, with both candidates having little name recognition.

Perhaps that’s what Gruenhagen is counting on. Namely, that voters won’t know either one of them, and so they will arbitrarily vote for her.

Well, I have this crazy theory that it’s a good idea for Democrats to nominate Democrats. I also think that Democrats would want to know if a MAGA Republican is trying to win their party’s nomination.

Speaking of elections, belated kudos to North Dakota Secretary of State Al Jaeger for disapproving petitions to put the issues of term limits and constitutional amendments on the North Dakota ballot. By determining there were too many invalid signatures for those measures, Jaeger maintained the integrity of the election process.

He also refuted the myth that it’s too easy to get proposed measures on the North Dakota ballot.