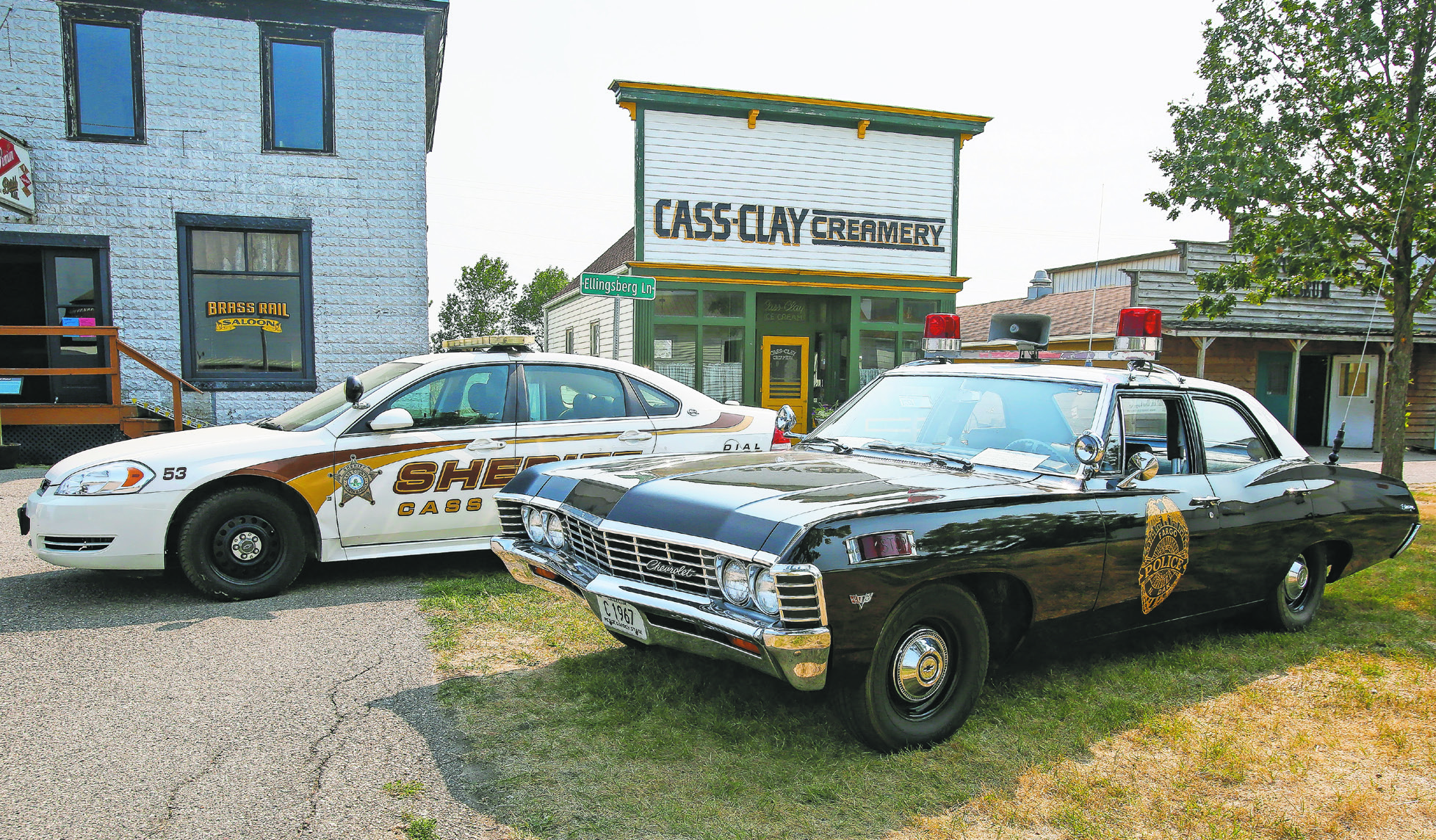 By Barry Amundson
The Forum

Cass County commissioners on Monday, Aug. 16, approved a matching grant of up to $30,000 to help pay for an expansion and remodel of the state’s only Law Enforcement Museum at Bonanzaville in West Fargo.

Museum President Glenn Ellingsberg made the request and said the main goal is to have more of their artifacts, including three fully equipped patrol cars, on display.

The county donated the 2009 vehicle that was used by the sheriff’s department.

The earlier vehicles were purchased and used by the Fargo Auxiliary Police Association, an organization that assisted the city police in times of need.

The organization donated the cars to the museum after it disbanded.

Ellingsberg, who worked for the Cass County Sheriff’s Department for 39 years before retiring as a lieutenant colonel in 2012, said all of the vehicles contain original equipment, which is uncommon for a museum to possess.

They have room to display only one of the vehicles, he said, but they would like to display all three as two are stored in other buildings on the site next to the fairgrounds.

The addition, along with more display space and needed repairs, would cost about $50,000, he said.

The museum and Bonanzaville, a village of 40 historic buildings on 12 acres, see more than 25,000 visitors per year and another 4,000 students on school tours.

The commissioners asked why the request wasn’t included in the Bonanzaville budget request this year as the museum is part of the complex.

Ellingsberg said the director was worried the request might take away from other needed repair and improvement projects at the site.

Commissioner Mary Scherling said she believes there are organizations and people out there who would be willing to donate for the project.

Ellingsberg said donations can be given to Bonanzaville or the Cass County Historical Society that runs the village, and they are tax deductible. The gifts can be earmarked for the museum, which is a nonprofit educational association but whose gifts are not tax deductible.

He said the museum, started in 1989, is the only one of its kind in the state, although he noted there is a monument to fallen officers on the state Capitol grounds in Bismarck.

About one third of the museum’s artifacts are on display, he said, and the project would allow more of those to be available to visitors.

Among the artifacts are a Royal Mounted Police uniform from Canada, a U.S.

Customs and Border Protection uniform, lie detector equipment, portable radios dating back to some of the first used in the state, firearms used by officers, pictures and books.