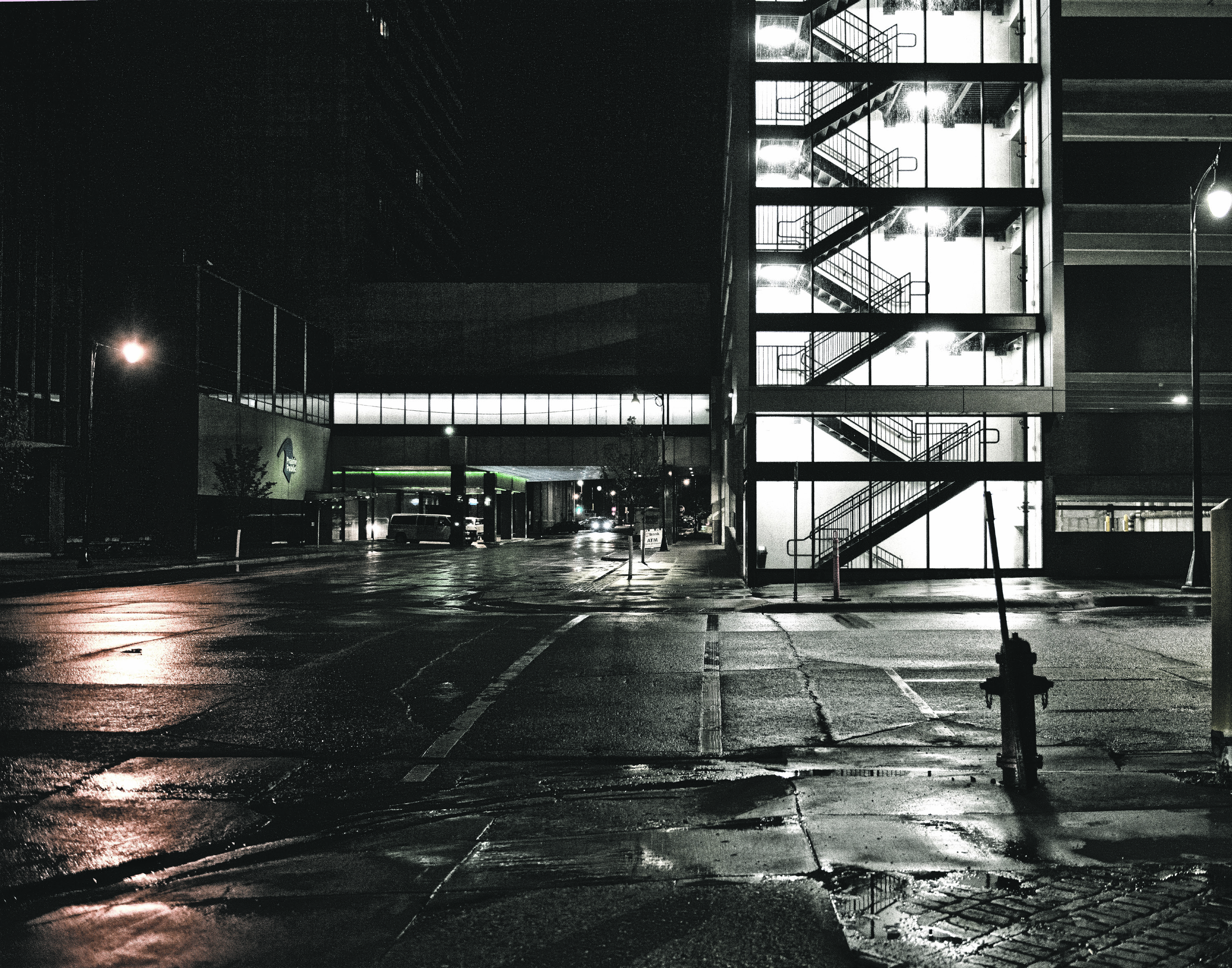 Photos from NDSU Memorial Union Gallery / Special to The Forum
Now on display at North Dakota State University art gallery, “When Places Speak” is a global photographic initiative that looks at how design can disrupt sex trafficking, protect local communities from recruitment, and support victims. 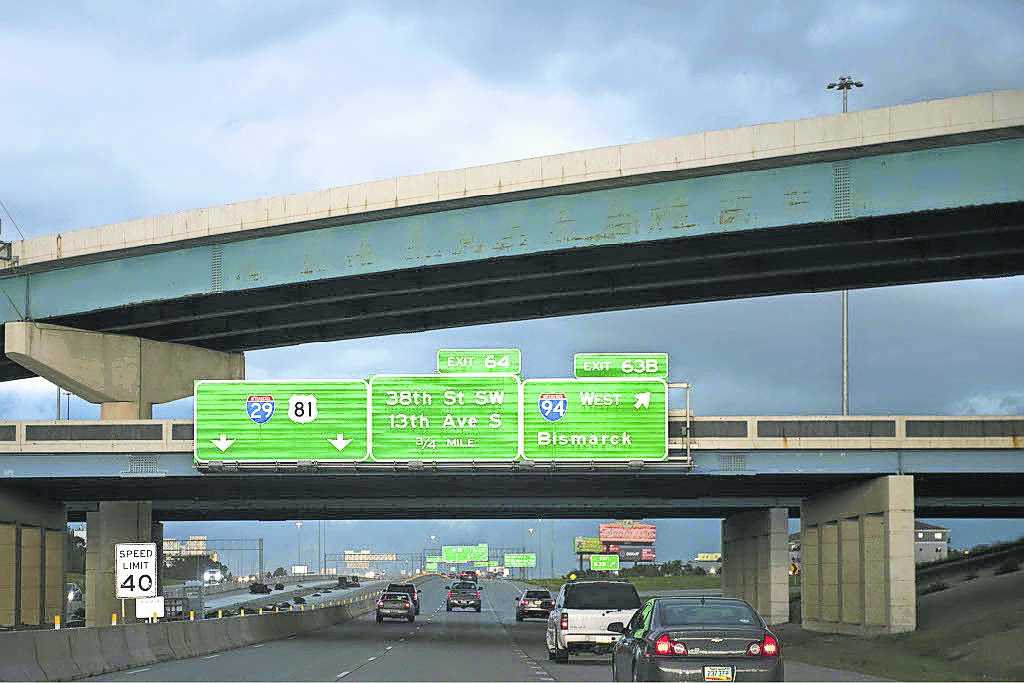 NDSU Memorial Union Gallery / Special to the Forum
“When Places Speak” puts viewers in the driver’s seat as they navigate the roads that lead to human trafficking and deep-rooted issues that exist in people’s lives while exploring the design of the spaces where these communities gather. 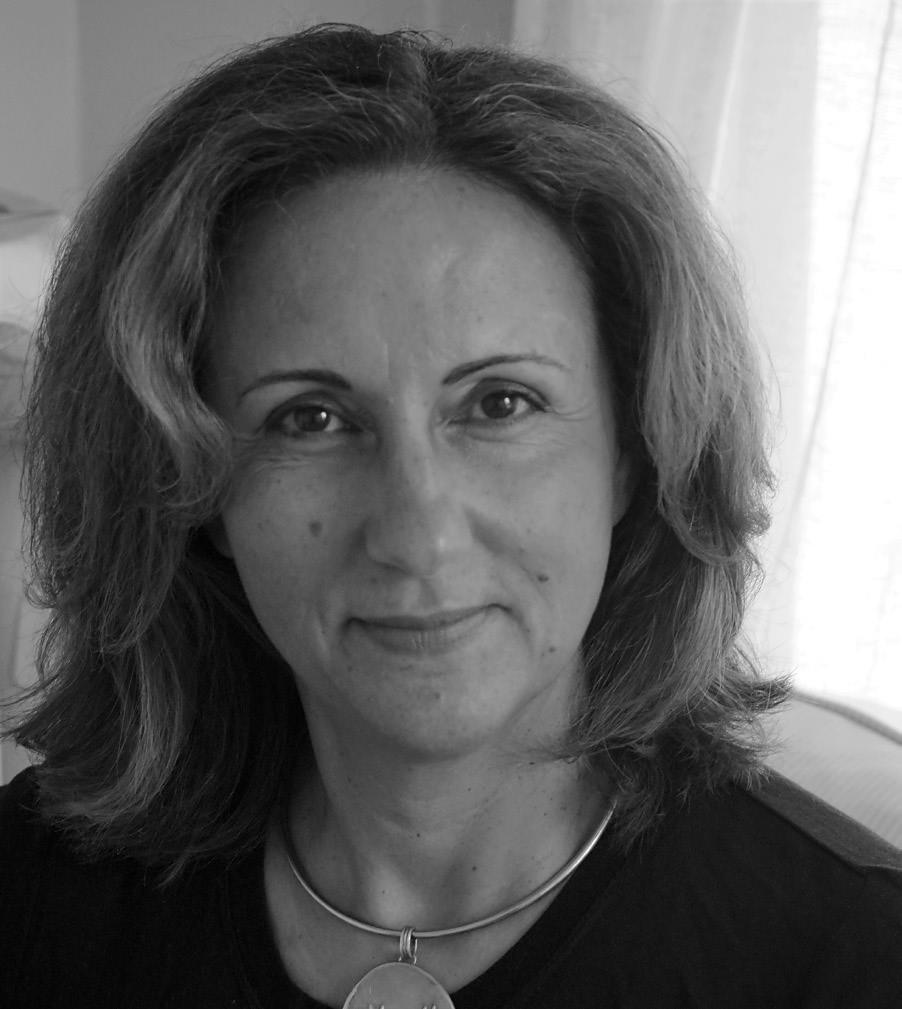 Special to the Forum
Tasoulla Hadjiyanni developed the Design Against Trafficking global project to raise awareness of sex trafficking through photography.
PREVIOUS IMAGE

By Ethan Mickelson
The Arts Partnership

A new exhibition at North Dakota State University’s Memorial Union Gallery uses commonplace imagery of public bathrooms, hospitals and shelters to unravel the complex realities of exploitation and sex trafficking in the state.

Part of a growing global project called Design Against Trafficking, North Dakota joins cities such as Minneapolis, Los Angeles and Cebu City, Philippines, in the initiative called “When Places Speak” to exhibit hyperlocal spaces through photography.

“Seven or eight years ago was the first time that I became aware that sex trafficking was actually happening where I lived.

I always thought it was happening elsewhere,” says Tasoulla Hadjiyanni, founder of Design Against Trafficking.

The professor of interior design at the University of Minnesota was inspired to explore how design can be used to fight trafficking and raise awareness of the topic.

“It allows for people to envision and to immerse themselves in thinking about what it means to be a victim of trafficking,” she says.

It could be as ominous as an empty street on a dark night or as simple as a door propped open in a tuckedaway building entrance — the photos are meant to open to the door for people to imagine these things happening in their own cities and towns.

In the last three years, the group has helped more than 381 victims of sex trafficking, including 89 children, according to the exhibit.

Inside the NDSU gallery, visitors to the “When Places Speak” exhibit walk through an architectural portal made of wood at the entrance and see images that depict locations that are high-risk for girls and young women in the community.

“Some of these images are not about specific places — they’re about the idea of the communities that gather in these spaces,” says Anthony Faris, gallery coordinator and curator of collections at NDSU.

Informational panels veiled by white cloths invite viewers to interact further with the photographs, posing questions about how design can resolve situations that may result in the exploitation of vulnerable populations.

The exhibit also features quotes from a 2019 report from the North Dakota Attorney General’s Human Trafficking Commission, offering a harrowing account of one woman’s life in the nefarious industry.

Growing up in the Turtle Mountain Reservation, the unnamed subject’s life was forever changed when, at the age of 6, she was sexually abused and sold to other men by her father and grandfather.

Following her journey through unthinkable circumstances to her escape from the trade, the narrative hits home as viewers also take in the photos.

“The photographs, they are documents, right, they are a document of a space.

But when they all come together, you begin to build relationships, which is what I think happens with art,” Faris says.

The connections that brought “When Places Speak” to the area trace back two years, when interior design professor Hadjyanni gave the keynote address at NDSU’s Design Week in 2019.

Since then, Hadjyanni has been in collaboration with Faris and the director of NDSU’s interior design program, Susan Ray- Degges, to bring the project to the area.

“We can’t solve everything with design solutions, but we can start looking at (spaces) in a different way and begin to educate the public as well as the design profession in our community,” Ray- Degges says.

“When Places Speak” was funded with a grant from the Alex Stern Family Foundation.

If you or someone you know is the victim of sex or labor trafficking, contact the National Human Trafficking Hotline at 1-888-373- 7888, or locate your regional human trafficking navigator by visiting ndhttf.org. Call 911 in the event of an emergency.

This article is part of a content partnership with The Arts Partnership, a nonprofit organization cultivating the arts in Fargo, Moorhead and West Fargo.

IF YOU GO What: “When Places Speak”