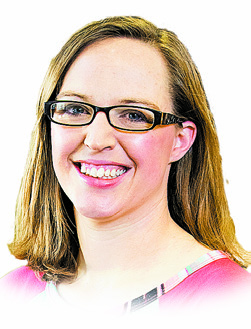 
In a couple years, Medina, North Dakota, where I have lived for almost 14 years, will celebrate 125 years as a community.

Now, I know 125 years isn’t a long time in the whole scope of human history, but it’s pretty impressive for this part of the world.

What’s more impressive to me is that the town hasn’t just stayed alive but has recently found new and interesting ways to stay lively.

It’s interesting to see photos of the town’s early years. As with many such turn-of-thecentury towns, it shot up along the railroad and had a healthy local economy. Streets appeared crowded during events and even during day-to-day life.

Storefronts were filled with a variety of needs.

The interstate and improved motor vehicles, coupled with hard times in agriculture, meant that a lot of local businesses closed and people drifted easily to larger communities for much of their needs. Parts of town got a bit run down.

When I moved to town, I enjoyed getting to know people and found it friendly and welcoming. Marrying a lifelong resident likely helped in that regard.

But it also felt tired.

Like it needed a jolt of caffeine. People had their routines and their activities, but there didn’t seem to be a lot to bring everyone together.

The annual Fall Festival — a weekend filled with community meals, a parade, a tractor pull and more — seemed like the only thing that attracted big groups of diverse ages and interests.

But in the past year or so, that has changed. A committee has started planning community activities, like a weekend Christmas festival and an Easter egg hunt. A beautification group is awarding prizes for the best yards. This summer, a classic car show packed the park and spurred many activities to go with it. And more recently, a fledgling economic development group has popped up with the intentions of helping new businesses open and funding and planning more community activities.

The economic development group’s first big event was a big success. They put on a “Medina Mercantile” on three Wednesdays in the middle of the park. Each Mercantile was a little different, with different vendors from the area and different highlights.

It was part farmers market, part business showcase. There were people — including some kids — selling crafts, people selling produce, food trucks giving us all a night off from cooking. One night, a local musician sang and played guitar.

At the last Mercantile, businesses from the community held a soup and chili cookoff. I may still be a little full from that night.

I’m sure the Mercantiles helped some local small businesses and farmers make a little money and get some exposure. But what it seemed to me was a way to build and connect community, to get to see people who you don’t always see in the gyms at school activities, and to learn what they do and a little about who they are. Instead of feeling tired, it feels like there are endless possibilities to make a nice community even nicer.

These changes in Medina have been spurred not just by newcomers but also by longtime residents who saw opportunities for change. It’s a good reminder that if your town feels tired or you think there is nothing to do, you might just be the person who can turn it around.

Jenny Schlecht is Agweek’s editor. She lives on a farm and ranch in Medina, North Dakota, with her husband and two daughters. She can be reached at jschlecht@ agweek.com or 701-595-0425.